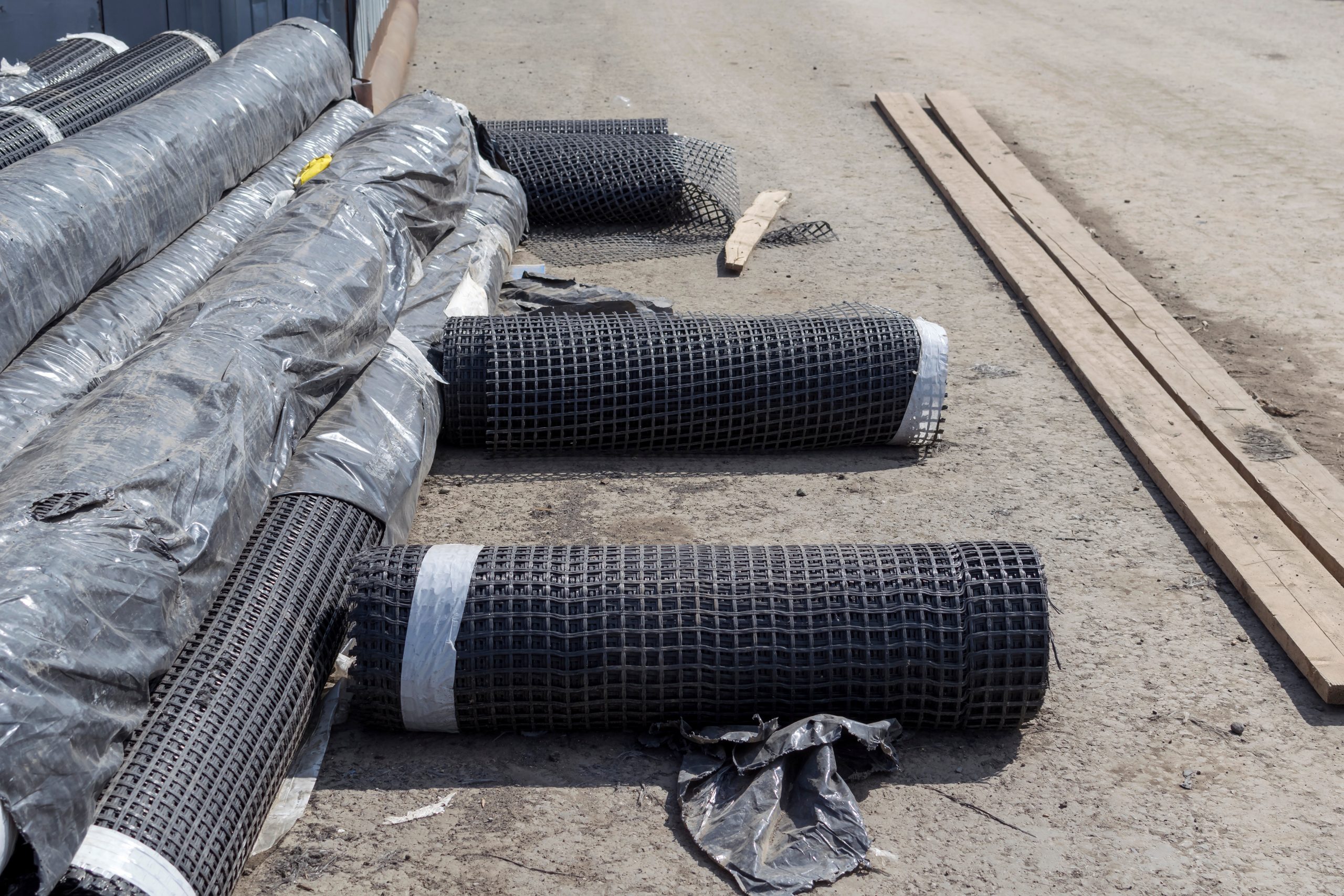 We manufacture Geogrids of extruded type which are flat structured manufactured using high density polyethylene or polypropylene polymer and are used in applications such as soil and road paving reinforcement.

What is a Geogrid:

Geogrid is a polymeric material comprised of numerous polymers like polyethylene, polyvinyl liquor polypropylene and so forth. It is one of the most significant creations in geosynthetics which is utilized as a strengthening material. They framed by joining converging ribs. They have huge open spaces in the middle of the ribs known as "openings". Geogrids can be arranged in to two layers’ dependent on the pressure move or bearing of extending during produce as – Uniaxial Geogrid – It is extended distinctly along longitudinal course. In this manner the pressure is moved uniquely along that pivot; even the rigidity is more longitudinal way contrasted with cross over bearing. Biaxial Geogrid – It is extended along two bearings (longitudinal and cross over), subsequently the pressure is similarly appropriated along the two headings.

Geogrids improve the auxiliary uprightness of soils in streets, dividers and slants by fortifying and restricting fill materials and dispersing load powers. Geogrids are the response for planners, engineers and temporary workers confronting the difficulties presented by inclining ground and delicate subgrades. In holding divider and slant applications, geogrids can be joined with a wide assortment of confronting components to create the ideal feel for any task. Geogrids offer help for the development of access streets, parkways, embankments, dams and structure applications that recently required the utilization of costly over-uncovering or heaping techniques on frail subgrades. Geogrids are additionally utilized in base fortification applications to lessen total thickness prerequisites or broaden street execution life.

It took time to make my requirement to understand but at last I will say the products are of perfect quality and services great.

Sukhdev Dwivedi
Rated 5 out of 5

Geo Grid delivered by Singhal is with high quality and exact as per my requirements.