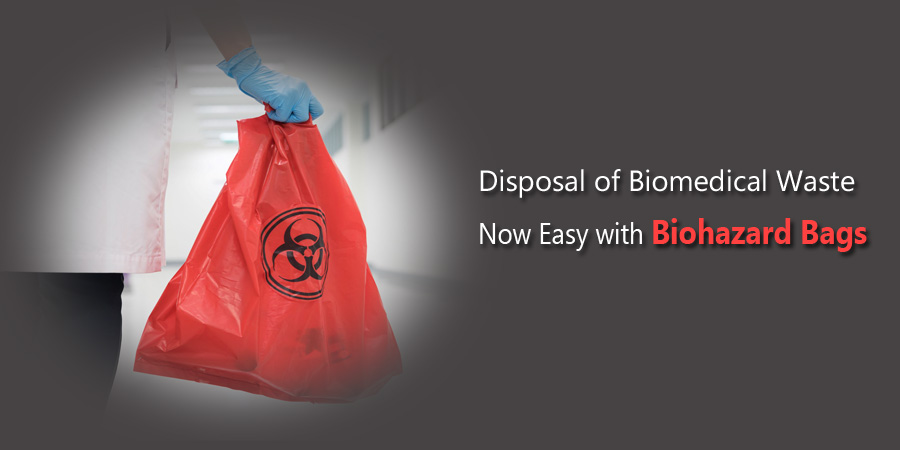 Are you an owner of an industrial company or a worker that helps dispose of the regularly produced harmful waste that is non-biodegradable and, if not disposed of properly, could cause a great deal of damage to the environment around us? So, as an employee of the company, you may be looking for some solution regarding buying some biohazard garbage bags to integrate into your industry’s disposable unit.

But the problem most people face while taking this decision is not having adequate knowledge regarding biohazard bags and most of the essential things people must follow for maximum safety. Because of that, here in this article, we will discuss all there is to biohazard bags in detail.

Before we jump into the detailed attributes of biohazard bags. Let us get a quick understanding of what biohazard bags are if you don’t have an idea about them first: –

What are Biohazard Bags?

As you can already guess from the name, which is self-explanatory, biohazard bags are used for properly storing and disposing of all the harmful, hazardous, non-biodegradable, and toxic substances away from the environment. These wastes must be stored inside high-density biohazard bags made of polyethylene, polypropylene, plastic, and polyethylene.

Now, after getting a brief understanding of biohazard bags. Let us now look at its various types, which you can look to buy depending upon your industry and category waste you need to get rid of properly: –

If you want some biohazard bags for segregating the toxic materials from the uncontaminated substances, red biohazard bags would be the ideal choice for you. The red Biomedical Waste bags are most commonly used in hospitals and health care units to collect the various pathological and infectious waste with blood stains.

Other items that are disposed of using red Biomedical Waste bags include anatomical wastes like tissues, saliva, and organs. And leaving them aside, they are also used for getting rid of dresses covered in blood, toxic materials, and infected gloves that health workers can’t use again even after washing.

What are the things not allowed to be put inside red biohazard bags?

The contaminated or pathological wastes are the only things that disposers can put inside the red Biomedical Waste bags. These red biohazard bags can’t store other chemical substances like alcohol, various solvents, radioactive wastes, apparatus, wrappers, and food cans.

Some other substances you can also store inside yellow biohazard bags are metallic substances, fluid bags, and used syringes.

What are the things not allowed to be put inside yellow biohazard bags?

Like red biohazard bags, yellow biohazard bags also have restrictions regarding items that won’t go inside them at any cost. Like different pharmaceutical medicines, anatomical wastes, and domestic and non-infectious waste.

After learning about the different Biomedical Waste bags, if you consider buying one, it would be better to know the dos and don’ts you need to follow to protect yourself from any harm.

Another thing you need to keep in mind is knowing about the harmful substances that can be stored inside biohazard bags and won’t create any problems.

If not stored and disposed of properly, biohazard waste could cause significant and long-term damage to the environment around us. As in most cases, they are non-biodegradable and won’t get broken down naturally and mix with the soil.

Hopefully, after reading the above article, you can now decide which biohazard bag is the most comfortable for you and what you need to know for maximum safety. If you are in a dilemma about which platform could be the best choice for acquiring these biohazard bags, Singhal Industries Private Limited could be the one for you at the lowest budget possible.